“Symbols are the key to telepathy. The mind wraps its secrets in symbols; when we discover the symbols that shape our enemy’s thoughts, we can penetrate the vault of his mind.” - Lady Deirdre Skye, Alpha Centauri

No one wants to die. Spellcasters have come up with various means to avoid this fate. While the most well-known path to immortality is through Necromancy, there are other means towards that end, such as becoming a Beholder, Dreamer or Fateless. As the foremost experts in affecting the thoughts of others, students of Enchantment face a far stranger path than their fellows. Hated and often hunted, most fall along the way. But some Enchanters persist to the apex of their school. These hidden masters of the art are known as Body Thieves or Doll Makers.

Enchantment, along with both Conjuration and Necromancy, make up what are collectively known as the Dark Arts. These manifestations of magic are not necessarily seen as evil, but rather open to such abuse their use is discouraged, sometimes through lethal means. When compared to Necromancy or Conjuration, Enchantment is seen as the pursuit of cowards, perverts, and tyrants. Many societies require Enchanters to announce their skills in some way. Humiliating tattoos, gags secured with locks, deafened minders trained to slaughter them on command, those wise in the subtle way are used to being discriminated against. All of these slings and arrows pale in comparison to the narcotic of dominating the emotions or will of another being. Enchanters tend to confirm the worst stereotypes of spellcasters. Casually using others as toys and pawns, they advance their agendas without ever having to lift a finger. Commonfolk often respond by burning the offender at the stake, or setting upon them with clubs and pitchforks—but this does little to dissuade would-be mind-benders. 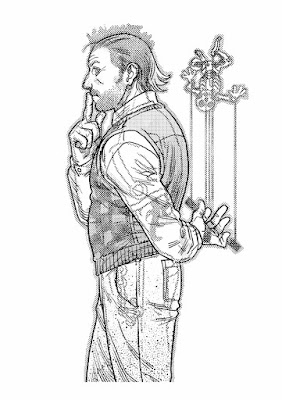 As they age, most Enchanters begin to grow suspicious to the point of paranoia. Having dwelt within the minds of so many others, the deceit and hypocrisy they so often witness poisons their personalities. Lines between individuals begin to blur, easing their guilt over manipulating the desires of others. This all leads to a disturbing crescendo. At a certain level of potency, mind-benders become capable of one of the most dire sins possible: the utter destruction of another personality.

Even among the cynical ranks of the Enchanters this is not done lightly. The technique is kept a secret, lest they be held in even more suspicion than they already are. Most stop here, unwilling to countenance the next step. The desperate and the dying sometimes step over the final precipice and not only destroy the mind of another, replace it with their own. They become Body Thieves.

“My mind's being eaten away...Kaji, it's unraveling my mind...What will I do?” - Asuka Sohryu, Neon Genesis Evangelion

Mind-control is extremely common, even normalized within D&D. Illithids, Cranium Rats, Aboleth, Neogi, Nymphs, the list of psychically dominating creatures is long, and their abilities and origins are varied. Instead of focusing on any particular creature within the game, I wanted to talk about Invasion of the Body Snatchers, and how creatures with mind-control abilities would be seen.

The first Invasion of the Body Snatchers came out in 1956. Based on a novel titled Body Snatchers by Jack Finney, the first film was a fairly large success. It was then remade in 1978 (the most famous version), as well as in 1993 as Body Snatchers, and then yet again in 2007 as The Invasion. Beyond those films with that specific title, it also arguably inspired the 2005 ABC series Invasion!, as well as the 1998 film The Faculty. While the 1956 film could be either seen as an indictment of McCarthyism or Communism depending on one’s political leanings, the enduring nature of the underlying themes has seen it remade roughly every generation. Reticence towards joining trends or fads, the madness of the mob, and the risks with subsuming oneself into the desires of another—all of these are explored within the four films. 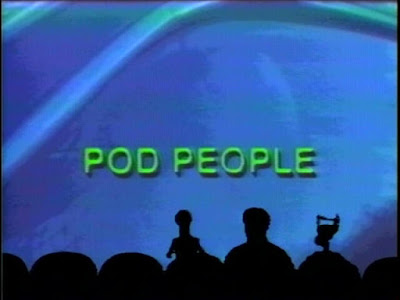 At it’s core, the tale involves the intrusion of a race of creatures from outer space, who begin to subtly infiltrate society through means of body duplicates who hunt down and replace those who they are patterned after. The aliens reproduce by means of pods, kidnapping and presumably murdering the humans who they have cloned beforehand. The protagonists generally find themselves on the run from the aliens for most of the flick, though only the ‘78 version ends on a truly down note. The characters are mistrusted by the subverted authorities, and must work without support from society to attempt to fight off the invasion.

How does this apply to D&D? Frankly, many psychic creatures are underutilized. While some of that goes along with the nature of the game and medium and the difficulty in crafting mysteries; it does not explain why Enchantment, and mind-controlling creatures as a whole, are not seen as some of the most dire threats within a setting. Necromancy gets a dark reputation, but by comparison, Enchantment is far more violating. One’s mind can be experienced every moment of existence, while arguably the shell it occupies is of little concern once it is vacated. While Enchantment has a positive spin with bolstering emotions, the school is so easily bent to malicious ends it is hard to envision a mind-bender who isn’t a narcissist. The same could be said of mind-controlling creatures. If possible, these beings would be aggressively hunted down and exterminated whenever they presented themselves. There’s no reason people would be any more tolerant of Enchanters, other than perhaps a shared kinship of species. 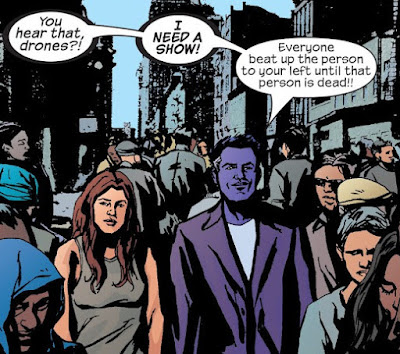 Power tends to isolate those who hold too much of it. Eventually, they lose touch with reality...and fall. - Edric, Dune Messiah

Doll Makers have crossed the threshold into damnation by (often repeatedly) employing the ritual known as Snuffing the Torch. By using their most potent spells on a subject, they obliterate the opposing ego. In the second step, their mastery of Enchantment allows them to bind their own mind into the now empty body, referred to as a Doll or Vessel. The Body Thief may sometimes leave their old form, or exist within multiple bodies simultaneously. The process of ego destruction is not perfect. Memories, habits and other remnants of the original personality often remain, and can overwhelm the Doll Maker if they’re not wise in their choice or number of victims. By means of this ritual the Puppeteer not only achieves ever-lasting life, but the ability to exist within multiple places at once. A whole world of new shapes opens to them, and they often exist within upwards of a dozen bodies at once. 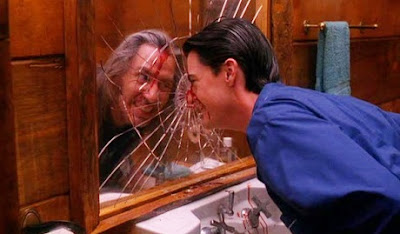 The atomization of their personalities across upwards of a dozen bodies, not to mention the residual elements left behind by Snuffing the Torch, stretches the mental coherence of Doll Makers to the limit. And often right past it. Various strange habits, obsessive madness and odd preferences abound within their ranks as a result. Some prefer Vessels with green eyes, another may choose only to inhabit women. This, coupled with the fact that they live simultaneously within their bodies, sometimes undercuts their attempts to blend in with society. These idiosyncrasies only grow as the immortal persists in their divided state, the underlying issues unable to be resolved by reuniting into one mind and body. Elder Doll Makers typically retain the remaining pieces of their personality through a combination of narcissism and obsessive, often twisted desires.

The presence of a Doll Maker within an area generally manifests in one of two ways, with a certain amount of fluidity between them. Trusted friends begin to act strangely, bizarre bouts of sudden violence turn formerly placid people into killers, a number of mysterious disappearances, and odd ‘cults’ beginning to overtake the community. After the main players in the area are either subverted or made into Dolls, the Body Thief will shift into the second-gear. Any resistance is put down, with those trying to flee or warn others of the true nature of the threat murdered, turned into Vessels, or bewitched into forgetting what they’ve witnessed. With their control over the community complete, the Doll Maker begins to enact whatever agenda they’re currently focused upon. Discovery will shift them back into the first mode of behavior, or send them fleeing from the area. They will eventually return, perhaps to take their revenge. They have forever to wait.

Doll Makers can exist in multiple bodies at once by dint of using Snuffing the Torch on a Vessel. This ritual takes the form of 12 hours of uninterrupted psychic torture in which the Enchanter murders their target’s ego. If the Doll Maker has access to an ego-less body, such as through simulacrum or other effects, they may enter it with a truncated ritual which lasts 1 hour. Body Thieves may also choose to leave their old body instead, rendering it an empty shell and moving their ego into the new form.

Body Thieves experience the last week of their target’s memories as a rush of understanding once they enter the Doll. The exact effects of this are left to the Referee, but they are suggested to be debilitating in some way, and it may take the Body Thief some time to recover. If a Vessel inhabited by a Doll Maker is killed, they suffer from paralysis for 1d3 rounds. Each new Vessel a Body Thief inhabits has a 10% cumulative chance per past Vessel of leaving them with a quirk of some sort. Below are some examples of potential quirks: 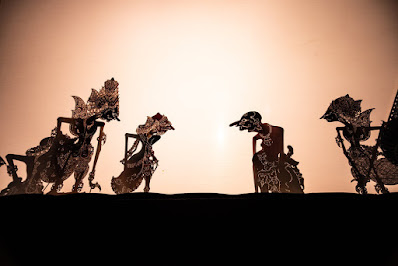 Doll Makers can inhabit a number of bodies at once equal to the sum of their Charisma and Intelligence bonuses. The ego inhabiting the Vessels experiences everything they do simultaneously, though they are able to turn dolls ‘off’ by pulling their ego from them and leaving them a shell. It is extremely difficult to sneak up on, or otherwise surprise a Doll Maker when they have multiple Vessels within an area—this gives them Advantage on any checks involving perception, avoiding ambushes, or noting small details in an area. Doll Makers may also be in multiple places at once, able to coordinate with what seems like unsettling accuracy.

In addition to their perceptive abilities, Body Thieves can effectively go without sleep by having one or more of their vessel rest while the others stay awake. In spite of possessing multiple forms, Doll Makers cannot cast multiple spells per turn, but any Vessel not casting a spell can still take additional non-magic actions as normal. Due to the overpowering nature of their multiple egos, any being targeted by a Body Thief’s Enchantment effects suffers Disadvantage on their saves.

Well, we're at the halfway point in our series about magical immortality. Next up are Evokers! As always, all art is property of it's respective owner, and will be taken down at their discretion. Thank you for reading, and I'd really appreciate a follow or comment!