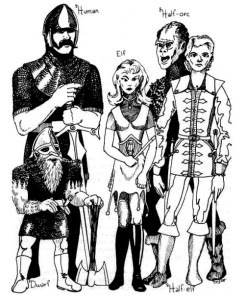 B/X and Lamentations are renowned for how quickly character creation goes; there are very few actual decisions to make beyond your class and shockingly to those who haven't played it before, races are simply classes. Not to re-invent the wheel, or to trod too heavily on ground which would eventually become AD&D, but some of my players have begun to complain that everyone turns out fairly samey. While my knee-jerk reaction was to tell them that is likely a failure of role playing, I began to toy with additional aspects to both character creation and progression to add to my growing number of house rules. This first article will focus on my work with character creation. Most notably i'm throwing the racial classes in the trash. I don't like their implementation and I don't enjoy the problematic aspects which can come along with using them. Instead I have split rolling up a character into two aspects, Ancestry and Background. I made both into rollable tables because i'm obsessed, and everything should be random.

Ancestries are simply where your character comes from genetically, they don't necessarily have to be purely an Elf or an Orc, but it's what they most resemble. The Elf Ancestry could suggest merely having Elven blood, or perhaps coming from a predominantly Elven cultural background. I normally try to be as setting neutral as possible and present at leas some alternatives to standard fantasy settings, but I chose not to make ancestries for human only settings for obvious reasons.

Backgrounds are what your character did before embarking upon the life of an adventurer, whether that be recently, or years ago, their former lives give them a small bonus and familiarity with the ins and outs of their profession (or lack thereof.) The Backgrounds were made for use with Lamentations (my favored OSR system) but they're ported over to others easily enough. As always, these assume an early modern period at the latest for setting.

So what do we do 'til the stars are right?

Cults are standard fantasy fare. Everyone knows the image of the huddled procession or circle of hooded folk, wielding strangely shaped daggers and muttering in a bizarre tongue. Though a mainstay, it makes for somewhat predictable results: the heroes kill the head priest, save the innocent folks about to be sacrificed and then chase the rest of the muttering cultist into the hills. No one generally questions *why* the cultists are attempting to summon some eldritch horror, only that their belief somehow necessitates that they do so. The reality is somewhat different, Cults were and are simply religions, often smaller or more localized and the term often finds it's least controversial use in describing the mysteries of the ancient world. Cults weren't necessarily always explicitly religious even - there were civic cults that were dedicated to venerating certain professions or families for instance - but there were certainly dangerous, even hostile faiths. 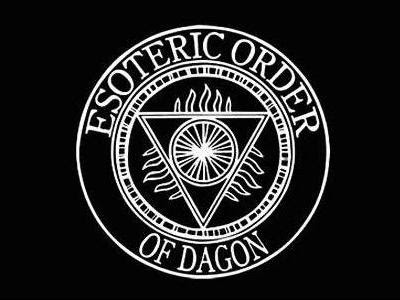 Seventh in my series to produce a city on the fly with nothing but dice rolls. The goal of these tables is to give verisimilitude to various religions in your game beyond simply the worship of a specific deity or abstract concept; it is focused on extreme or otherwise new or exotic faiths. Roll 4d8 and then resolve any subsequent d4 rolls as noted. I do not want to wade into the morass that is the study of modern cults, so while this table could potentially be used to generate such things, it wasn't my focus during development. 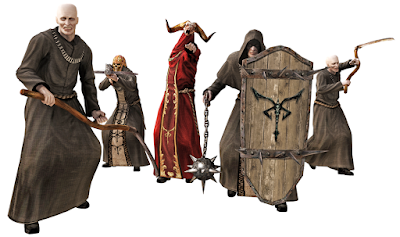 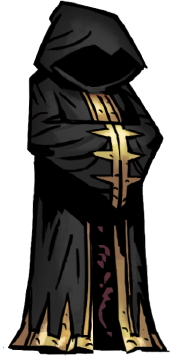 Skoraeus' Brothers - an encounter for Volmusia 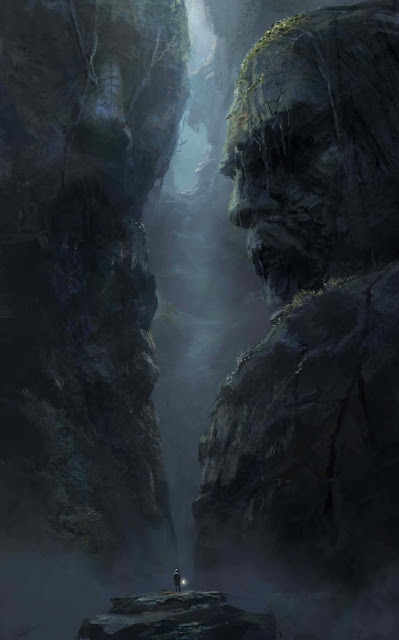 Located far into the northern, snowy reaches of Maaglurtet's Range, nestled in a deep gulch, are what appear to be two massive faces carved into the sides of the stone. At first it would seem they are like many other monuments to the Nameless Empire, until one of the heads begins to query any interlopers in a low, rumbling voice. The questions are frustratingly focused on the minutiae of the geographical features of other places (they're especially interested in Ingram's Tangle) that the visitors have been to, though sometimes they'll shift to the make-up of whatever gems or stones that they happen to be wearing. Named after a Stone Giant deity, the Brothers are slightly different in personality, the face on the Left is pointed and brusque in their speech, while the one on the Right is diplomatic and oblique - they will not argue with each other however, they've long since outgrown that trick. Anything that happens within the underground reaches, the Brothers know about, from how long ago the last cave-in happened in the Cernunokian Depths to where a coin was dropped in a stream flowing through The Mushroom Forest. They are a fantastic source of information, the problem is getting them to talk about it in terms that mortal beings can parse, and of course keeping them on task. The Brothers are also exceptionally good at puzzling out the details of interpersonal relationships, if they're given enough information.

The only constant visitors to the site are the nearby members of the Valley Keepers Clan (Stone Giants if your setting supports it). Numbering perhaps a few dozen, the clan is extremely religious and devoted to Skoraeus Stonebones; it was they who named the faces after their deity and they who guard the Brothers from interlopers who would do them harm. The Valley Keepers are led by the towering Diodotus, a man of few words, with an intense, burning gaze and mastery over the elements of fire and ice. The Keepers live in a cave system a short walk away from the crevasse where the Brothers live. Their home is a spartan place of little more than a fire pit, some mats for sleeping and larder full of salted meat & preserved produce.

Treasure & More: These guys are basically treasure detectors, but they aren't able to go out and grab any themselves, nor is there a tradition of votive offerings to them from the Valley Keepers or their other visitors. Outside of their obvious use, they would also be helpful in training a character who is focused on stones, mountains or other close proximity to the elements of earth. Meditating with the Brothers long-term could give a character advantage on a skill pertaining exclusively to geography, or perhaps a divination or locomotive spell based around a Terran element.