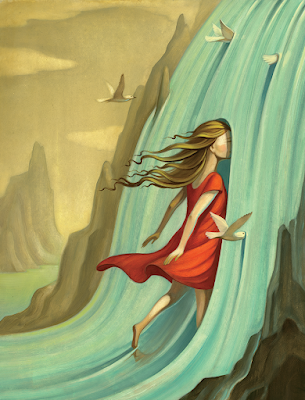 Everyone dies. Whether through violence, old age, disease or stranger things besides, Atropos comes for all of us. But what of those the feel her touch, but do not fully succumb? Some simply find that they embrace life more readily before, the world around them is more vibrant and all the more wonderful with having briefly tasted mortality. Those few that become what are known as Liminals have a far more surreal experience in store for them. Having become untethered during their brief death, they find themselves with one foot in the grave from that day forward and the souls of the departed become visible to them. Most of these folk simply make peace with their new state, some dismiss the ghosts that they can now see as delusions, while some lose themselves to drink and drugs to numb the terror their new senses give them. Others are drawn to the new possibilities that their new state opens for them, they become death speakers, sin-eaters and exorcists, shepherding the dead to their proper ends. The worst are little more than hungry ghosts or specters who still happen to have a body.

No matter what form they take, the abilities of Liminals make them objects of dread and suspicion to those who are aware of what they can do. It is whispered that their airy souls can take flight from their bodies, to bedevil good folk and work wicked ends upon the world. Worse still, it is known that they can extend these abilities to others, perhaps even damning them to a similar fate. Even as their powers grow, their corporeal forms begin to grow steadily weaker and more wane, marking them outwardly with the signs of the world that they already half-exist within. In spite of (or perhaps because of) their often grim backgrounds and macabre abilities, Liminals often find themselves eagerly welcomed in mercenary or adventuring bands.

*: Constitution/Charisma modifiers no longer apply. Liminal much choose whether to apply this bonus to HP or SP 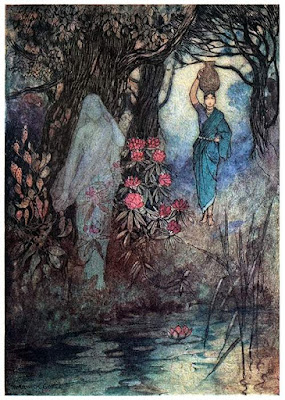 Liminals can perceive intangible undead such as Ghosts, Shadows, Specters and Wraiths without the aid of magic.

Liminals are quasi-spellcasters who are able to work eerie effects known as Figments. The Liminals form their Figments by casting their spirit own out into the world around them, either whole or in part. This allows them to temporarily leave their bodies, or to interact with ghostly or otherwordly beings. Their capacity for this is represented by the second hit die on their class table, which are known as Spirit Points. Liminals gain Spirit Points just as they would hit points, though they add their Charisma modifier instead of their Constitution for the purposes of gaining bonus Spirit Points. Figments cost Spirit Points to cast and maintain. Liminals over 9th level can choose to add their bonus hit points to their SP instead of their HP. If a Liminal runs out of SP, they may choose to cast their Figments using their HP instead. Expended Spirit Points are regained at the end of a resting period in a place of relative safety for at least 10 hours.

While Figments are similar to spells in many ways, they do not have the same restrictions that spells have when it comes to slots or spells per day. Liminals may cast as many Figments as they wish per day provided that they have the necessary remaning SP/HP to produce the Figment; if a Liminal would run out of SP while trying to cast a Figment, the excess is dealt to their HP. Unless otherwise stipulated only one Figment may be active at a time and only take one round to cast. Figments do not have level requirements, nor do they require any form of vocal or material components. A Liminal starts the game with two Figments of their choice and gain more of their choice as they level as detailed in their class table. 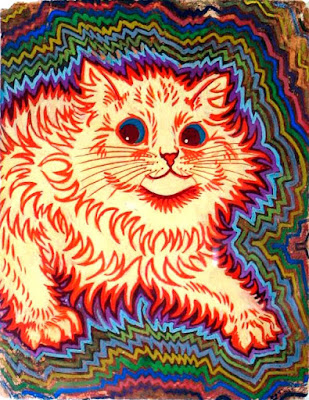 Who doesn't love cats? Seriously, if you don't like cats you need to question some life decisions - though obviously not the decision to read this blog. Regardless, much like the question posed by my article on magical dog breeds, why would a fantasy setting not have it's own versions of cats? They're absolutely ubiquitous as pets in most cultures on our planet. Why would Athas, Faerun or Thedas be any different? So, in that vein I present twenty species of various felines for use in your home setting. Any names sourced from locations are from my own homebrew setting. 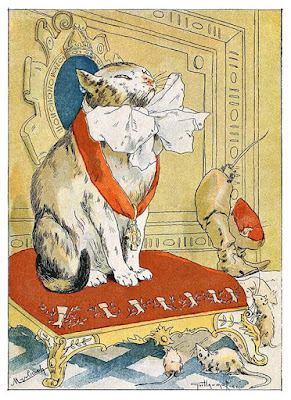 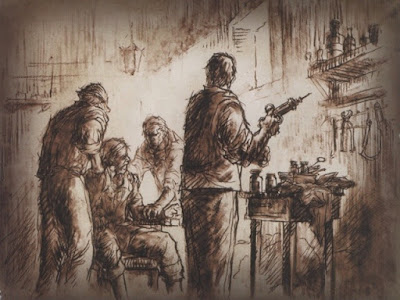 Disease is a constant fear for the rich and the poor alike. In fantastical settings where it is possible for healing magic to treat nearly any malady, certain afflictions may still be so dire that they cannot be addressed by even the Gods. They may simply be so deadly or terrible in their effects that the victim isn't able or willing to seek out help in time. Lycanthropy falls into the latter category, an aggressive disease which changes the victim into a monster over the course of a number of weeks. While it's unlikely that the disease can spread unnoticed for long given the madness it inflicts on victims, each infected has the potential to spread it unchecked until they're killed or cured. Even if healing magic can be used to arrest or blunt the worst of the disease, it may be that like in our world where contagions eventually begin to develop resistances or even immunity to common treatments. 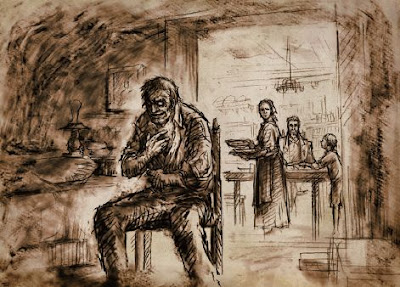 Greater Lycanthropy is such an occurrence. Unlike it's lesser cousin, Greater Lycanthropy does not stop at mere changes to the subject's behavior and body; it is in many ways a creature unto itself. The disease begins similarly to normal Lycanthropy, subjects find themselves transforming under certain conditions and as they descend mentally, eventually at their own wills. As the disease progresses the subject's mind begins to suffer an internal assault, with the disease beginning to manifest in this way first as compulsive behaviors, then eventually graduating to voices and the overriding of the subject's will with that of the contagion. Unlike mere Lycanthropy, the greater version isn't spread merely through bites, any fluidic transfer - whether saliva, blood or otherwise - is enough to potentially transfer it to another. Greater Lycanthropy is significantly harder to detect due to the malevolent intelligence direct it's victims and the subtle nature of it's early effects. Sages have classified the disease into a number of strains, but all of them share the same five stages of severity. 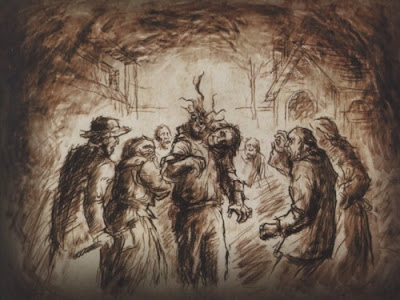 *: Please make a Wisdom or Charisma save at DC (11 + Stage Level) instead if using 5th edition.

A number of strains have become apparent to sages observing victims, and while this list is by no means exhaustive, it does provide an idea as to the type of transformations which may be encountered, as well as the means by which the disease progresses and behaviors that sufferers may exhibit. There is speculation among those studying disease that the designation of Lycanthropy for the affliction is incorrect, and that while there may be similarities to the other disease in the Therian strain, the existence of the other types proves that it is a unique infection. 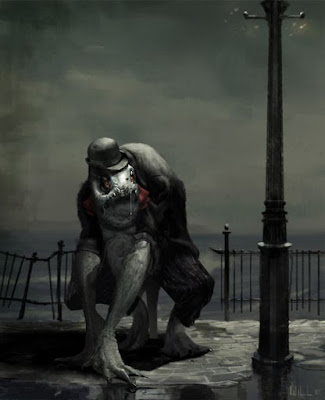 All art is the property of their respective owners.
Posted by Great Job! at 4:09 PM 6 comments: