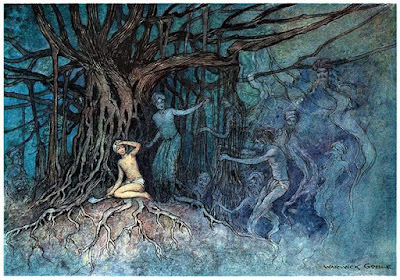 Before magic had been fully codified, before it was the purview of learned folk in secluded towers or sin-blackened hermitages, it was the realm of those who were willing to to truly sacrifice for power. They gathered underneath standing stones to renew them with fresh blood, huddled in caves to murmur in languages which were old when the world was new, or whispered curses among the bones of the dead. They were the first spellcasters to arise. They were mighty, but their supremacy eroded as newer ways were developed, methods easier to transmit than their own. Defeated, they bound themselves into secretive cults and sects, hiding away from the world in isolated or hidden enclaves, keeping to the ancient ways. Authorities frown on any one having access to abilities outside of their ken, and they exterminate these so called Occultists wherever they are found, but their crackdowns do little to deter the heirs to a legacy older than literacy or civilization.

Their magic does not come from books, or some distant deity, but through the ghosts of their ancestors, spirits of the land and beings old enough that they have no need for names. They do not intone spells in the crass and low way of magicians, their magic is not fleeting, transitory thing, running from their minds after leaving their lips. The Occultist acts as a window into the world for these beings, and in return they give them the means to hex their enemies and bewitch those who would oppose them. Adventuring parties rarely care about such particulars. All that matters to most of them is that the Occultist knows magic. 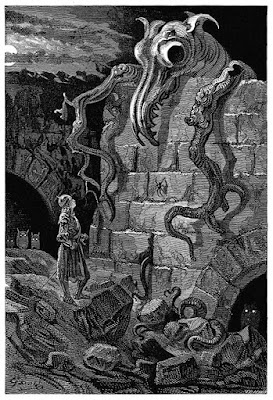 
Occultists are not spellcasters in the same way that Clerics or Magic-Users are, they do not memorize spells, nor do they have spell slots. Instead these folk have seized power by calling upon their connections to strange beings that their forebears made pacts with centuries ago. The pacts lay dormant until the Occultist charges them by engaging in behaviors pleasing to these beings. In return for performing these behaviors, they are granted points known as Wyrd to pay for abilities known as Glamour. Unlike spells Glamour are not bound by how many times they can be performed in a day, but instead by the number of Wyrd which the Occultist has accrued through their pact, the upper limit of which is modified by their level, as detailed in their class table above. Wyrd does not fade until spent, any points in excess to that limit are lost. Casting a Glamour takes an action, just like a spell would for a Cleric of Magic-User. There is no limit to the amount of Wyrd or number of Glamours an Occultist may use in a day beyond what remains in their pool.

The table below suggests possible actions to gain Wyrd points, but these should be taken as suggestions or examples, rather than the only possible sources of it. Unless otherwise stated, Wyrd can only be gained once from a given source (a particular ritual, sacrifice or action) within a 24-hour period. 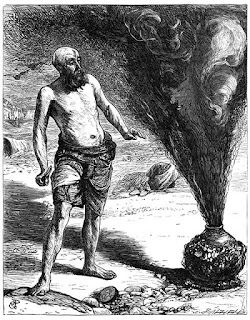 Wyrd can be used to power various effects known as Glamour. These are somewhat more varied than spells in that they are not memorized beforehand, and that they have different tiers within them, allowing the Occultist to choose which version of the effect they'd like to use. Only the chosen tier within a Glamour takes effect when it is cast. An Occultist has no need to memorize their Glamours, they have access to all of them at all times. Glamours require no material components, but they do require that the caster be able to speak and make gestures with their hands. 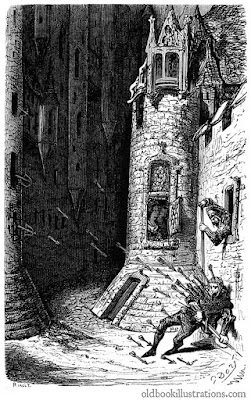 So this is a little late, considering that this is the fourth overall entry in my series of house rules for Lamentations, but I should finally get around to writing a mission statement of sorts for the project. I love B/X and it's derivatives,in particular Lamentations of the Flame Princess, and part of the point of presenting these house-rules is to distance myself from the base edition of the game. I've pushed the system on to my sometimes unwilling players again and again, even as I continue to run 5th Edition as the main system for my weekly game. Though certainly not an uncommon experience for those of us in the OSR blogosphere, but i'm a late comer, being that i'm part of the third wave (DIY & Dragons does a great job of explaining it here) and have something of a different perspective on OSR. I feel that it would be helpful to share some of the structural changes I have made over the last few years to my personal B/X games, in the hope that I can both refine them and promote them to others.


In this post I want to talk about Hit Points. There's always been a bit of back and forth as to what they actually represent: Are they emblematic of the heroic effort that higher level characters have access to? Are they literal representations of damage being done to the character's body? Are they abstractions, merely to show the back and forth of a fight until a fatal mistake is made? This ambiguity is one of the intriguing areas which has largely been unfilled by mechanics or extrapolation beyond a few attempts, most notably in WoTC's version of the Star Wars Roleplaying Game, as well as Cavegirl's Wolf-packs and Winter Snow 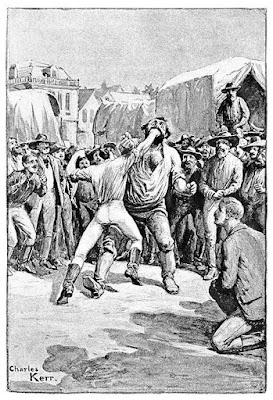 This idea was borne out of the experience of running a number of hexcrawl styled games in Lamentations. I noticed that while the players did most everything they could to avoid combat, it quickly caused a cascade effect when they actually did engage in it. Even if they happened to survive, they were forced to in essence spend a few days (and subsequent encounter checks) recuperating before moving onward. Obviously this can appeal to many people, after all fights are puzzles, and shouldn't be trifled with, but on the other hand I don't think that the PCs should necessarily have to be punished with additional fights should they stop to replenish their resources after one. So instead of simply accepting this problem as it is or removing random encounters, I thought the best solution was simply to accelerate the rate at which hit points are restored. This of course presents another problem, if HP is restored too fast (as in the cast of 4th & 5th Edition D&D) then the risk associated with combat is blunted and player behavior becomes reckless instead of calculated.

My solution is to split HP into two pools, each representing the differing interpretations of what hit points are:

The first pool known as Moxie represents heroic effort and regenerates relatively quickly, the second pool is known as Trauma, and is meant to represent physical damage dealt to the PC. These pools are derived from the PC's Hit Die and Constitution score respectively. Moxie is equivalent to the PC's Hit Die, therefore a Fighter's Moxie per level is 1d8. Constitution is not added. Moxie restores at a rate of 1 HD per hour of rest, a full night's rest would allow a PC to regenerate up to 8 HD worth of Moxie. PC's always take damage to their Moxie first, Trauma is only dealt after Moxie is fully expended. Trauma is derived from the PC's Constitution Bonus at a 1:1 ratio, a PC with a +2 to Constitution would therefore gain 2 Trauma per level. PCs always gain at least 1 Trauma per level, even if they have a negative Constitution modifier. A PC reduced to 0 Trauma is dead. Trauma cannot be restored by any other means than natural healing, which may only be done in a completely safe environment such as a settlement. Trauma is restored at the same rate as natural healing as detailed in B/X or LotFP. 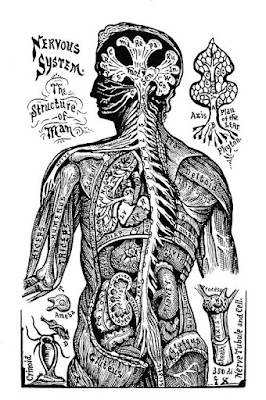 Throughout my development I have waffled on including an injury table in some way, shape or form. The idea was that it would be triggered upon taking Trauma, causing you to take additional penalties. While I may revisit the idea in a later article, ultimately I decided against including it in this one because I wanted to test the first change fully before adding another variable, and because I feared it would be too punishing. 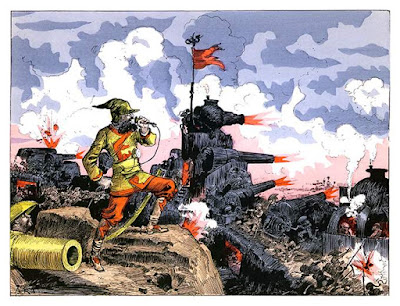 From steely-eyed killers seizing their destinies at the end of a blade, to desperate folk looking for coin to feed their hungry families, there have always been those who are willing to fight not for the defense of their homes or homelands, but for their own financial gain. They range far and wide, looking to throw themselves into situations which sensible folk have to be tricked into using honeyed lies like honor or glory. Their skills and methods are as varied as their motives, but their desire for payment unites them all. 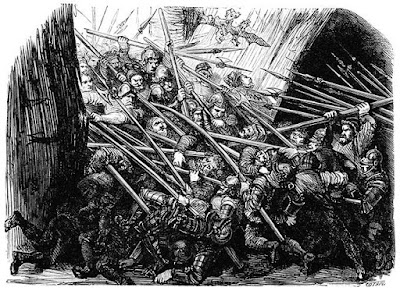 The eighth in my series on how to roll up the various aspects of a settlement primarily through tables, this post covers warriors for hire, whatever form that may take. As always, I've done my best to largely divorce the tables from specific setting elements outside of a generalized fantasy setting. To use this generator, simply roll 4d8 and consult the results. 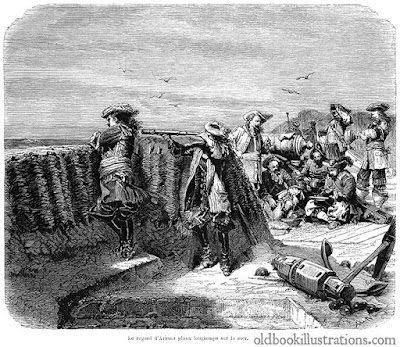 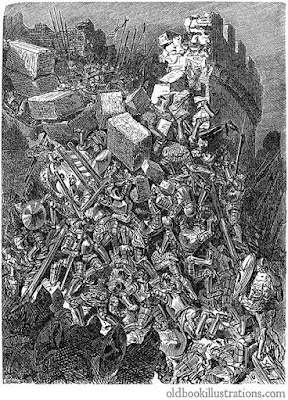 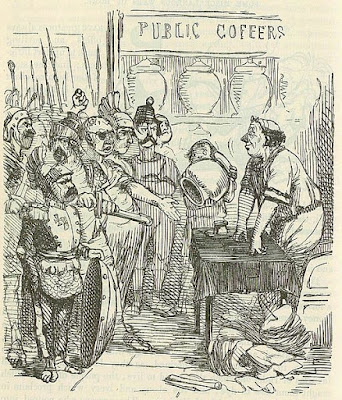