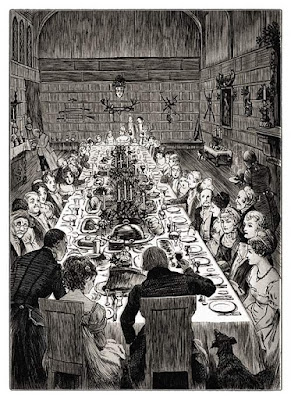 Everyone needs a day off. While not all holidays can be as good as Halloween, they're usually a good time, at least if they're supposed to be about celebration in the first place. Many holidays or festivals are more about honoring the gods, commemorating an event, or simply bringing the community together in difficult times. In many settings these rituals or festivals could be of huge import, even vital to the survival of a community or people. Or they could just simply fun events largely divorced from their once dire underpinnings. 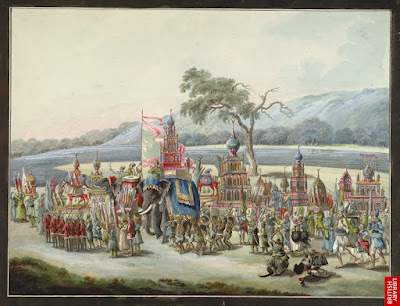 These sets of tables seek to give you a large number of Holidays, Festivals, Carnivals, Galas and Fetes for use in your setting. To use this generator roll 4d8 and then consult the relevant results. 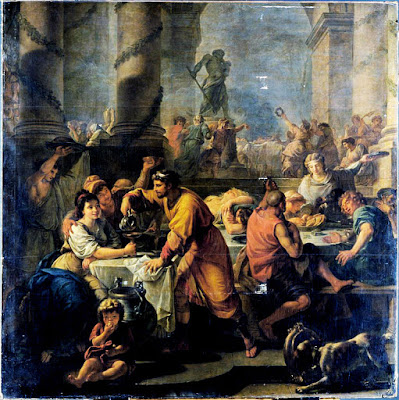 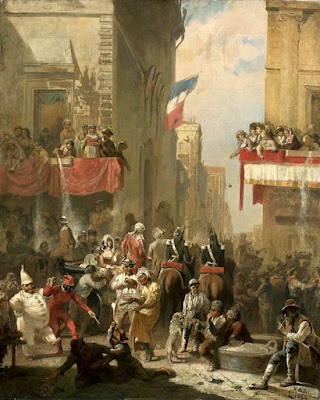 A Sword on the Mantle, Cherished & Storied 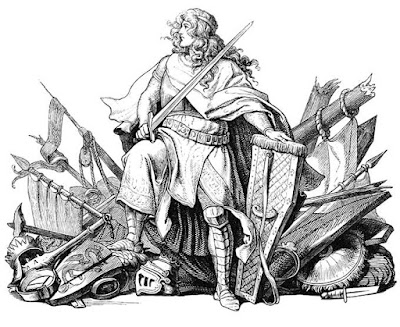 "If in the first act you have hung a pistol on the wall, then in the following one it should be fired. Otherwise don't put it there" - Anton Chekhov


Weapons have a mystique in society for obvious reasons. They're a lever by which one can exert their will on others. That mystique is reflected in the legends surrounding many real life mythological weapons; Sharur can fly and communicate with it's wielder, Tyrfing never misses a strike but always kills when unsheathed, Gae Bulg has seven heads with seven bars a head. The weapons are characters in the story themselves, not simply a statistical bonus meant to represent an enchantment. To move to fiction, one of the best moments in The Hobbit was when Gandalf just randomly finds Glamdring in a cave, only to be told later in Fellowship by Elrond that he'd found an ancient elven king's sword. 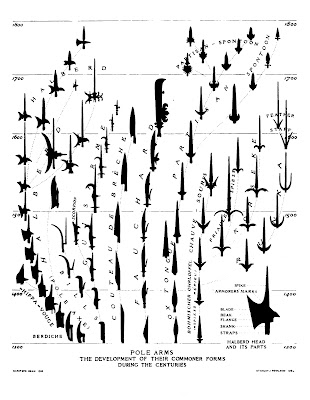 This generator seeks to give you interesting weapons to use as macguffins, equipment for characters, or simply interesting flavor to sprinkle around the world. To use the generator simply roll 4d8 (or however many tables underneath you wish to use) and consult the results. 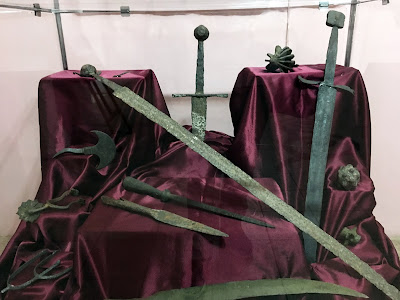 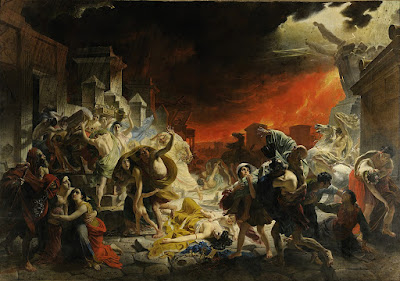 For all the pretensions that we have at controlling our environment, we are still slaves to it. Why would a fantasy setting be any different? Short of having the direct ear of a nature god (which isn't out of the realm of possibility) there's no way for most folk to forestall disaster any more than we can. Unfortunately for those in fantasy settings, they have to contend with even more than we do. From plagues which make one rise as a member of the undead, to magical songs which cause you to go blind, the possibilities are as endless as the cruelty of the gods.

Part of my series on rolling up interesting backgrounds events for your campaign, this tables focuses on disasters, calamities and catastrophes large and small. To use this table simply select which ones are relevant to the type of event you wish to simulate, roll the appropriate number of d8s and then consult the results. 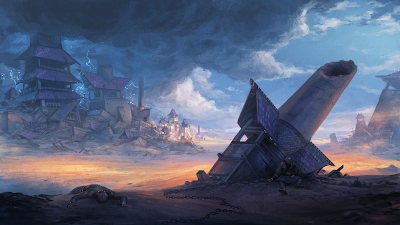 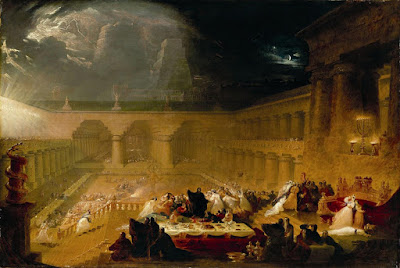 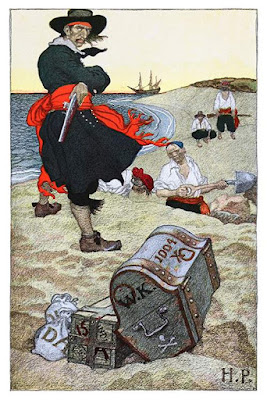 Who doesn't love a good treasure map? From Treasure Island to National Treasure and City Slickers II: The Legend of Curly's Gold, there's always room for a good treasure map in fiction. Buried on deserted islands, hidden within shadowy conspiracies or simply lost to the roll of years, the promise of treasure brings out the absolute worse in even the most virtuous of people. The rush to seize it can easily cost more to the winners than the prize itself, assuming of course, it's actually a prize in the first place. No matter what shape it takes, these buried secrets can drive folk mad.

The goal of this generator is to give you a rough sense of a treasure map that you can use on the fly. The term treasure map is something of a misnomer, not all of the results here take the form of physical objects, nor do all of them lead to riches in any traditional sense. They are merely things (or occasionally creatures) which have been forgotten by the world at large. To use these tables, roll 4d8 and consult the sub tables. 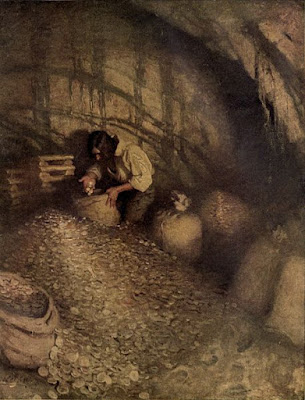 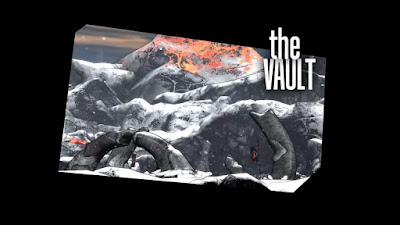