The Quiet Caravans - a Faction for Volmusia 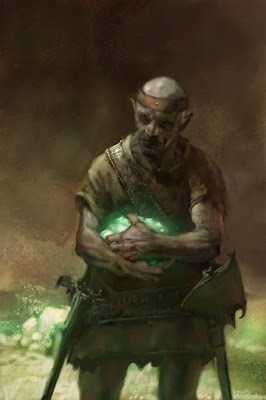 Referring to a cluster of nine different tribes, allied through bonds of blood and oaths of obligation, the Quiet Caravans are essential to the movement of goods through the Mushroom Forest and the Underridge beyond. Naturally inclined towards wanderlust and trade, the deep gnomes are on at least neutral terms with every major polity of the region, with the only exception being the Cranium Rats of The Choruses' Redoubt with the more friendly Troupe settlement of Stone Teeth Town being too new for them to have even heard of. The regions prime source of candles, fresh meat and hides, their dire mole-pulled sleds are both a welcome sight for friendly communities and a tempting target for those foolish or mighty enough to rob them. As a result of their status as potential prey, as well as the relative paucity of easily obtainable food in the Mushroom Forest, the various caravans are constantly on the move and they deal only with trusted individuals for trade. It's not uncommon for only certain families with a tradition of dealing with the Svirfneblin stretching back years or decades to be allowed to approach their hidden camps without being ambushed, killed and then eaten. This wariness frustrates those who wish to engage them for the first time, but their paranoia has served them well, raids are infrequent and generally foiled before the main camp is discovered. Even when the raids are successful, the savage reprisals demanded by the murder of their fellows by the deep gnome's rigid codes of honor give their would-be victimizers pause.

Beyond trading and raiding, tribes support themselves through hunting, opportunistic theft or scavenging, anything to get by. Already possessing formidable skills in stealth, their proficiency with illusory magic makes them terrifyingly effective guerrilla fighters when roused. An individual caravan generally is made up of four or five extended families, with perhaps double that number of sleds and dire moles. Rarely traveling as a unified whole, the tribe will spread out over miles of whatever haunt they've chosen for themselves to forage, bringing their spoils back to the central camp for distribution only after the area has been picked clean or become too dangerous. When encamped the deep gnomes live in cylindrical tents crafted from the rib-bones and hides of their beasts of burden with the sleds (themselves made of bone and hide) acting as the foundations. Tribe members dress in mole hides, occasionally augmented with spider silk or wool traded from the surface. Dyes or other forms of artificial coloration are rare, so browns and grey predominate and any dangling or metal objects are wrapped carefully against the body to muffle any noise or reflections. Tribes are generally led by a council with membership pulled from the component families household heads. 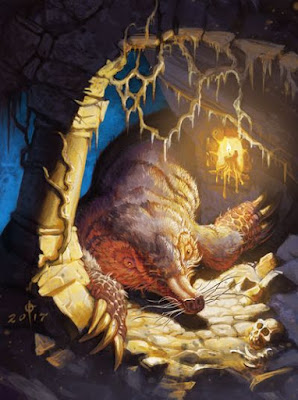 There are few true professions in the hard-scrabble, nomadic existence beyond that of hunter-gatherer, but there are illusion specialists known as Gloom Weavers & priests of the Wordless Lady known as Whisper Keepers. Dire moles are extremely important to the function of a tribe, useful for tearing new tunnels and pulling sleds, as well as for their milk, hides and meat. A tribe without a population of moles to draw upon will slowly find itself without the means to transport their goods, dig new tunnels or supply themselves with food and will generally be forced to in-debt themselves to a wealthier tribe for a new Labour. Tribes are governed in their dealings with one another through layers of blood relations, grudges and personal vendettas with few formalized agreements existing beyond the lives of those who swore the original oaths. Membership in a tribe is hereditary and new blood is added through marriage by capture or arrangement during one of the frequent occurrences of tribes meeting one another in the tunnels.

To outsiders it seems as if the Svirfneblin are as hard bargaining and ruthless with one another as they are with strangers, but that attitude only persists as long as there is no external threat to the Quiet Caravans, who will quickly band together to face threats to their way of life as a whole. On the rare occasion when deep gnomes go to war with another it's uncommon for outsiders to notice anything amiss other than the losing tribe simply disappearing, never to be spoken of again by the others. Tribes are generally similar in outlook when it comes to faith, hewing to the worship of an enigmatic deity known as the Wordless Lady, a goddess whose rites must be kept entirely secret from those outside the tribe and whom the stories about are passed on entirely through the oral lore of the tribe's Whisper Keeper. Devotions to the Wordless Lady are performed in temporary and unadorned shrines, or if available, the abandoned shrines of other deities. While primarily inhabitants of the Mushroom Forest, the deep gnomes can be encountered as far afield as the Underridge, the Cernunnokian Depths or even above ground on moonless nights in the wilds of Ingram's Tangle. 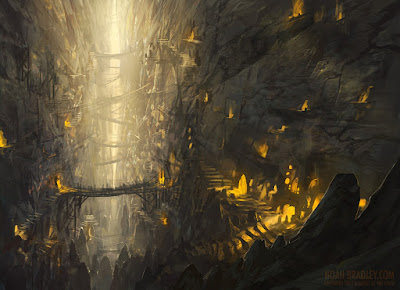 Treasure & More: Beyond their mole products, the deep gnomes carry a potpourri of small and generally highly valuable items such as potions, scrolls, bolts of exotic cloth, precious stones and magical baubles. Goods which are always in demand among the Svirfneblin are foods, especially calorie dense ones, wood and any sort of metal.

A Place of Commerce & Enterprise 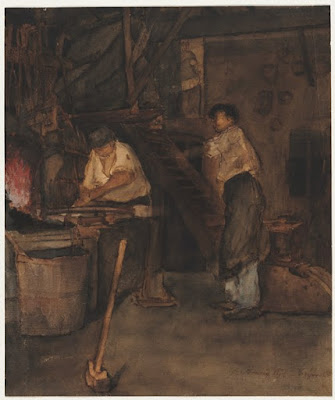 Without industry, a town is simply an assemblage of farmers, miner or hunters scratching a living out of the ground. Money and trade, whether it be in the form of coin, paper or barter, raises us up from the constraints of the local area and allows us to better ourselves beyond where we started. Intrepid merchants, willing to brave the treks between towns, or those canny enough to fill a need they see locally can easily launch themselves and their communities into wealth beyond their dreams, or their risks can ruin the fortunes of those they sought to help in the first place. While not the reason for the community's existence, it could be argued that their presence makes it worth staying there.

The fourth in my series of tables to roll up the demographics of a community, this entry focuses on merchants, traders and professionals who populate the various areas of the world. There are undoubtedly more than a single shop in your typical community, so it will be necessary to roll on this table multiple times to give a decent spread of interesting shops and owners. As before, while it may seem bizarre on the surface that each and every shop is hiding some potentially dark secret, Referees need only choose to involve the interesting shops. General stores where the PCs simply buy a horse in a rush probably need not be rolled. These are places to provide interesting hooks with the PCs to interact with simply beyond spending their wealth. 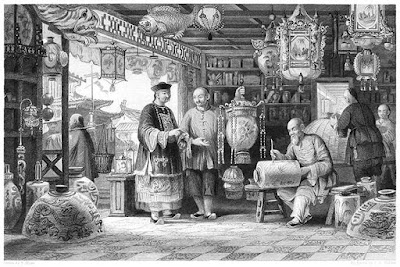 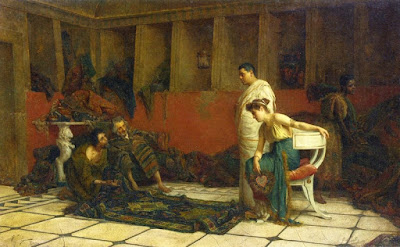 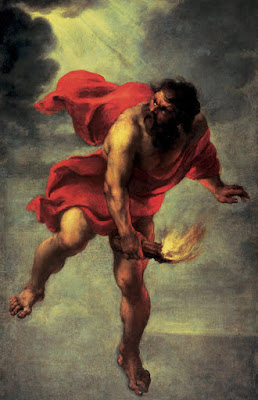 The four elements make up the world around them; Air, Earth, Fire & Water are the building blocks of the planes themselves. Most have to weather their various manifestations, and while some can access their power indirectly through the means of summoning elementals or through the usage of particular spells, they are at best exerting a clumsy and incomplete control of them. There are those who have a greater connection; shamans who can whisper to the land, psychics who have trained in various arts, those with the blood of genies or elementals flowing in their veins or who have struck a pact with a such a creature.

Whatever the form their connection takes, these folk gain a mastery over a particular element which allows them to manipulate it as if they were born to it, shaping and twisting it around with their wills like a potter does with clay. They can call their bound element to them, banish it, command it to move, attack, shield them, or whatever else their imagination allows. Most Elementalists do not consider themselves to be using magic at all, since they are not bound by the crude strictures of ritual and observance and are able to use their powers as often as they'd like, provided that the elements are willing. The scourging that they suffer from drawing upon their abilities too often is merely a result of them being imperfect vessels, and the changes that are wrought to the most potent of them are only seen as further proof of their puissance. 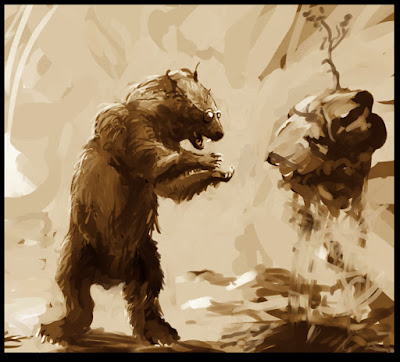 
Unlike other forms of spellcasters, Elementalists do not have spells per day, nor do they have any sort of spellbook or have to memorize a set of particular effects. Instead the Elementalist gains points to distribute to different skills similar to the Specialist, which represent their talent influencing a particular aspect of their element.
The Elementalist's skill checks function in the same way as a Specialist, with the exception that the Elementalist can choose to increase the strength of their skill's effects by risking a greater chance of failure by rolling additional d6's. Each additional die rolled increases the magnitude of the skill roll by a step (i.e. a 1d6 becomes 2d6), each additional die rolled must also succeed or the entire effect fails. An Elementalist may choose to risk additional dice equal to 1/3 of their HD, with a minimum of 1.

Elementalists need to have their element present to use their abilities. While this is obviously not usually a problem for those bound to Air or Earth, adherents to Fire or Water must either have a good amount of their element present, or they must use the Beckon skill to bring some into being. 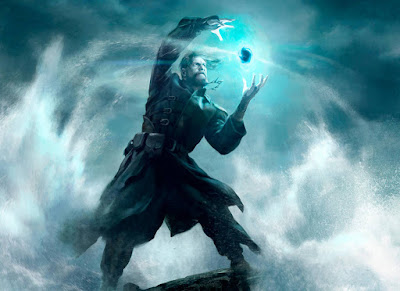 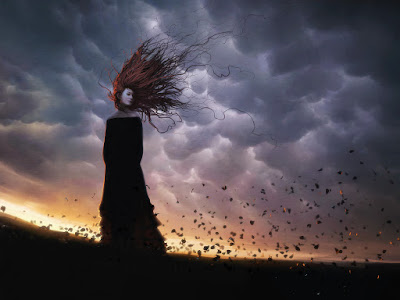 A Land of Bounty & Prosperity 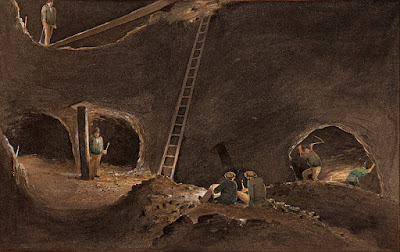 Communities and towns don't simply pop into being out of nowhere. They need things which attract people there in the first place; sources of water, stone, wood and food are all necessary to be even considered as a potential place of settlement. Residents then exploit the resource, building infrastructure and eventually building it into a local industry. The settlers pin their reputations and livelihoods on their ability to extract and sell the bounty of their land. Whether they be wise in their stewardship or fools who waste it, the drive and ambition for ever more will never truly cease.

My third post in the demographic series, these tables aim to give the community character through the natural bounty around them. It should be assumed that every healthy community of note likely has the basics covered and that the results of this table are more emblematic of notable concentrations of resources, but that does not necessarily have to be the case. I would also like to note that every result seeks to be 'interesting' in some way. The reasons for this are simple: if the place wasn't interesting or did not have some sort of central conflict, the Referee would have little reason to go into it. There are plenty of non-spooky forests and mines without hauntings. We're not trying to talk about those. These are places for the PCs to either adventure in, or to try and claim for themselves. Short of conquering or founding towns themselves, there's little means for them to usually gain an in on the ground floor for these sorts of places. To use these tables, simply roll 4d8 and consult the results below. For smaller communities a single roll could suffice, but for larger ones it may be necessary to roll multiple times to simulate more than one basis for the local economy. 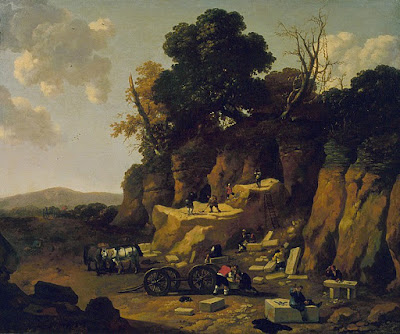 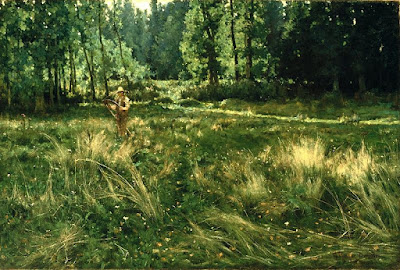 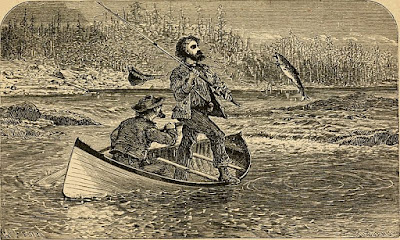 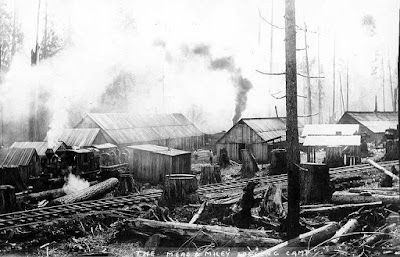