So a funny thing happens when you remove racial classes from B/X & LotFP, you suddenly have two holes to fill in the class structure: Gish (aka Fighter/Mage) and a class based around Constitution (the Dwarf). So to fill those roles, I present the Spellsword and the Stalwart. 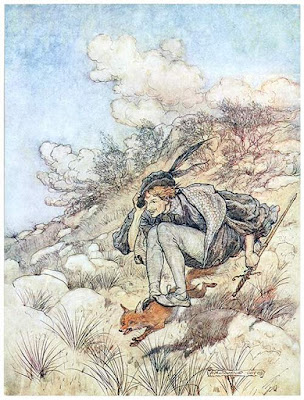 Ferocious men and women who combine strength of arms and eldritch learning, the Spellsword cuts a romantic figure to those who know of their capabilities. Most spellswords are either wealthy or retainers to the wealthy, the sort of upbringing and training which produces someone literate and hale enough to be considered worthy of the title is quite costly. Those who are not noble themselves often find work as mercenary captains, bodyguards or witch hunters, any profession capable of paying back the great debts that they almost surely owe for their instruction. Other societies may produce Spellswords who are considered to be sacred warriors by their communities, reared to battle their enemies - supernatural or otherwise.
Whatever their source, while their reputations and rarity may mark them out as being associated with the elite, those driven to take up the short and often violent life of an adventurer are just as hungry as their fellows for glory, blood and coin. Their skills earn them eager welcomes from most other adventurers, even with their peacockish attitudes and often arrogant demeanors. 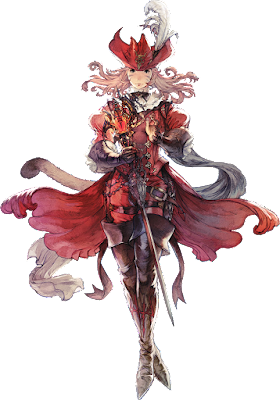 
Spellswords, while not the equals of Fighters, are capable warriors in their own right. They have access to the Defensive Fighting and Press options in combat.

Spellswords cast spells like a Magic-user, with a few exceptions. Spellswords have been trained to cast spells with only a single hand, furthermore they cast spells until they are heavily encumbered, rather than merely light. Finally, as Spellswords are not as intimately familiar with magical theory, they cannot use the spell recovery methods available to Magic-users. 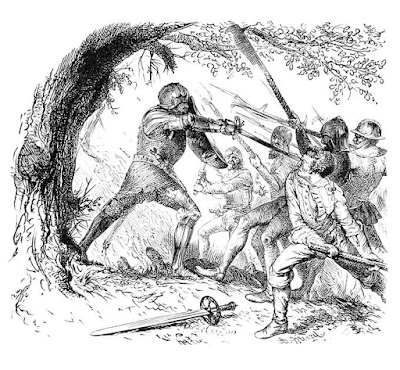 The desire to survive is inherent to all beings. Everything wants to live. Some, however are better at achieving that end than others. It's unclear how, or why, but some individuals are simply made of sterner stuff than others. They drag themselves, bloodied, but somehow still alive, from battles and calamities which claim the lives of hundreds or even thousands of those less resilient than themselves. They are simply termed by others after what they are, Stalwarts. It's unclear whether or not Stalwarts are born or trained.
While some folk simply have the capacity for it, to endure when their fellows could not, others survive because they're forced to become something beyond themselves, to grow beyond their limits and continue to live when every other has fallen prey to the slings or arrows of existence. Many Stalwarts simply suffer through life, using their talents to continue the long march until mortality claims them, but some understand that their talents afford them the opportunity to grasp greatness. They just have to steel themselves, like they always do. 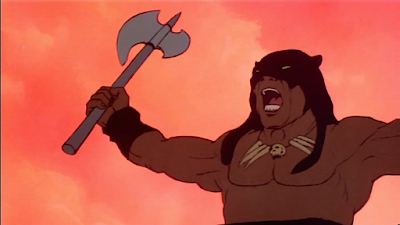 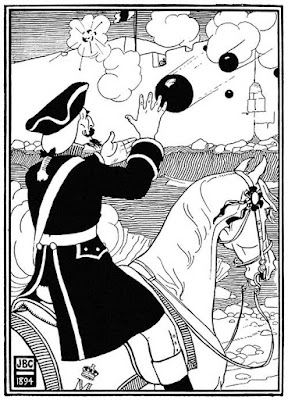 Owing to their unrelenting tenacity, Stalwarts possess an ability known as Indomitability. Whenever a Stalwart fails a save, the player is entitled to roll their Indomitability skill, if they succeed, they instead succeed at the save. 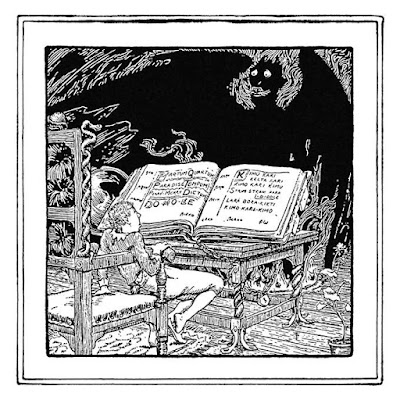 Dungeons & Dragons is a game about resources. Hit Points, Gold, Morale, Followers, even the PCs themselves are ultimately resources to be expended to get through the challenges set by the Referee and the environment that they've crafted. Most character interactions with the world have some sort of trade-off, but are essentially infinite; a Specialist can take as long as they wish to unlock a door but they will have to deal more wandering monster rolls, a Fighter can swing their sword at an enemy as long as they still retain some HP. Spell-casters (Clerics and Magic-Users in most B/X derived games) are unique in their resource management, as they have access to powers that no other class gets. Their spells are finite and assigned by level. Generally the assumption is that those slots cannot be regained unless the character engages in 8 hours of uninterrupted rest. But what if there were other ways? Or alternative methods entirely?

This second article covers the more powerful (at least in terms of eldritch potency) of the two spell-casting classes, the Magic-User.

Book Shredding: The last resort of any Magic-user is their spell-book itself. In truly dire circumstances, the mage may simply rip the page of the spell they wish to use out of their book and use it like a scroll. The spell is of course no longer in their spell-book. It still follows any rules for scroll use. The Magic-user may do this a number of times per day equal to their Intelligence modifier. 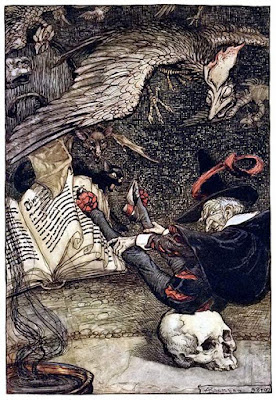 Pact: Confirming the darkest stereotypes of their kind, the Magic-user has made a contract with a being beyond the ken of mortals. This could be a demon, an elder god, a chthonic being from the veins, or a nameless power from the wilds. Regardless of the form it takes, the pact is a two-way street, with the sponsor gaining various services from their agent in return for extra spell slots. The services are nearly always of a repugnant or otherwise bizarre nature. DMs are encouraged to consider the needs of the sponsor, and what overarching plan (if any) that they may have for their pawn. The table below suggests what magnitude of action or service is required for more power for the magic-user: 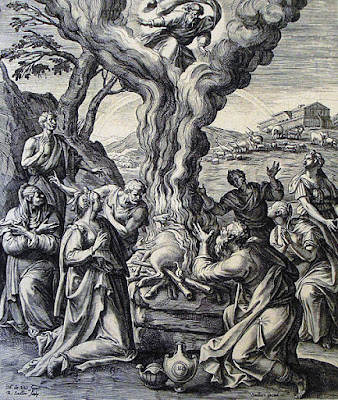 Dungeons & Dragons is a game about resources. Hit Points, Gold, Morale, Followers, even the PCs themselves are ultimately resources to be expended to get through the challenges set by the Referee and the environment that they've crafted. Most character interactions with the world have some sort of trade-off, but are essentially infinite; a Specialist can take as long as they wish to unlock a door but they will have to deal more wandering monster rolls, a Fighter can swing their sword at an enemy as long as they still retain some HP. Spellcasters (Clerics and Magic-Users in most B/X derived games) are unique in their resource management, as they have access to powers that no other class gets. Their spells are finite and assigned by level. Generally the assumption is that those slots cannot be regained unless the character engages in 8 hours of uninterrupted rest. But what if there were other ways? Or alternative methods entirely? This article covers the first of the two types of spellcasters in D&D, the Cleric. Often a maligned class in the OSR community, the Cleric is sometimes out shined thematically by the Magic-User, until of course Undead come around. Clerics gain their spells back through a sort of nebulous worship, but here's some additional takes: 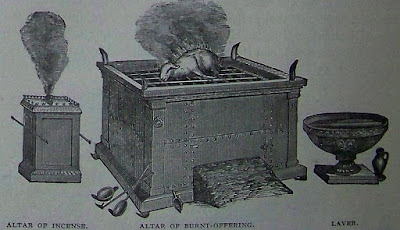 Offering: In deference to their deity, the cleric sacrifices (or donates) an object that would please their deity or the force (nature, good, etc) which they serve in return for restoring a spell-slot that they have already used that day. The restored spell is of the Cleric's choice, it need not be the same as the spell which was expended. This sacrifice cannot benefit the cleric in any way beyond restoring a spell to an expended slot. They cannot it perform an offering more than once a day. The means of sacrifice should be thematic to the deity's portfolio - heaving the treasure into the sea makes sense for on ocean deity, less so for a god of the sun. The DM is the ultimate adjudicator on whether or not a sacrifice is sufficient and if the deity wishes to listen, but the table below is a rough guideline:

Prices assume a SP base, increase or decrease as needed. 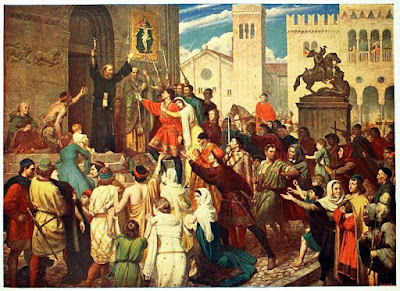 Service: The Cleric performs an act of oblation for their deity in accordance with their portfolio. This could mean various things depending on the deity, but the DM is encouraged to play it somewhat stringently, as the deity already granted the Cleric power for that day and now they're asking for more. Additional spells take the form of extra slots, and a number of extra levels can be stored equal to the Cleric's level plus their Wisdom modifier. The cleric's action must logically extend from their god's portfolio, the Cleric of a war deity should be killing the enemies of their god, a follower of a god of liberation should be freeing slaves or aiding the oppressed. Though the DM is the final arbiter on whether or not an action is worthy of regaining a spell, the table below provides a general feel for the magnitude of action required for each spell level: 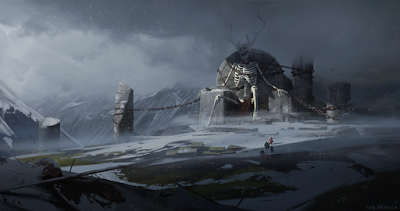 On a secluded, snow-swept plateau high in Maaglurtet's Range is a strange sight indeed: The decaying skeleton of a stag-horned Storm Giant, fastened to a massive ornate stone throne by chains of tarnished adamantine. Surrounding the site are the tumbled, weathered stones which once made up a manse which seems to have once taken up the majority of the elevated plain. Even though it is utterly deserted of both plants and animals, visitors inevitably begin to experience the sense of being watched by dozens of eyes, and of being surrounded even though there is no one in sight. This feeling is compounded the longer one stays, and by the closer one nears to the skeleton - most find the sensation to be overwhelming and leave in short order. Owing to it's obviously eldritch nature, braving the area has become something of a dare among the local furred folk, but beyond that fame as an oddity no one has plumbed it's secrets. This is due to the fact that no suitably powerful practitioners of the Way have been in the area for centuries, the portal into the mental-manse takes an immense amount of will to drag open.


If someone were somehow to do so, they would find themselves in a place even more fantastic than the one outside - a finely appointed palatial estate, sized for giants. The grounds are fairly limited (by Giant standards at least) and only stretch for about five miles in each direction, but are of a gorgeous southern climate perpetually locked to noon on a sunny day; everything is there, the birds, the trees, the flowers in spring, the whole nine yards. Aside from the "wilds", there's a hedge garden, a giant-sized rock-garden, and an ornate fountain - all well maintained and finely crafted. The main attraction however is the mansion itself, it is huge, and is of a gothic and almost overwrought architectural style. Inside it is appointed with fine furniture, abstract art, a smorgasbord laid out upon a table, and a throne sculpted from Mithril, all sized for the massive inhabitants. There are perhaps three dozen Giants in residence in this place, mostly Storm, though there are a few Cloud and Stone Giants mixed in, all of whom are disciples to the Kahraman Kurnacht-Te, Master of Immortals. The inhabitants have been driven mad by their captivity and their memories have decayed over the long centuries of their confinement. The only thing that ties them to the Mind-Palace are their own wills, and the prodigious mental powers of the Kahraman. Kurnacht-Te is in effect a Psionic Lich, though he long ago pulled his phylactery into the Mind-Palace, and destroying the Mithril throne of which it takes the form of would be quite difficult.

Treasure & More: Lucre is seemingly easy to come by, but any of it that is taken back through the portal simply disappears. The true riches of the Mind-Palace are in the elucidation of The Way, the beings living inside of it have had centuries to develop their mental powers to an edge nearly unmatched by the outside world. The problem of course is convincing the mad psychic ghost to teach you, and surviving the strange 'lessons' that they will occasionally try to impart upon their students. Training with Kurnacht-Te and his disciples (provided one survives) would grant a non-mystic character a basic psionic ability, usable once per day. Mystics however gain an extra psionic point per day, and access to an Immortal power of the player's choice, barring prerequisites.