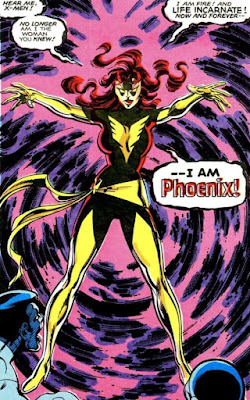 the mountain and I,

until only the mountain remains.”

No one wants to die. Magicians have come up with numerous ways to extend their lives, and to achieve immortality. Some become body hoppers, some remove themselves from the loom of fate, others others twist themselves into monsters, while others still retreat into a fantasy of their own making. Evokers, also known as Channelers or Elementalists, seem an unlikely candidate for immortality. Seen by many to be the most direct and violent of Mages, they generally lead lives of ceaseless dueling, battles and near-misses. Bodies criss-crossed with scars and burns from elemental spells, the typical Channeler is seen more akin to a warrior than a spell-caster.

Commanding the forces of the physical world and raw arcane energies, they are able to level buildings or murder dozens with a snap of their fingers. Evokers dominate the field of magical dueling as adeptly as the battlefield, feared by other mages for their destructive spells. As devastating as they can be to their foes, most Evokers are valued members of non-magical communities or organizations. Unlike those who practice the dark arts, an Evoker’s powers, while brutal, are easily understood by non-mages. Most everyone has seen a wildfire, lightning strike, or blizzard. Even when they attack their enemies using raw magic, such as with Magic Missile, the results are direct and instantaneous. Most Channelers tend to find the grim peace of a veteran later in their lives, but for some the pursuit of power outstrips everything. Facing down their mortality, they begin a desperate search to extend their lives. Drawing from the same wells of power they always have, they link themselves permanently to one of them. These living dynamos are called Conduits or Gateways.

“Who was the one with the impudence to come begging me for help, at every step of the way? You understand now, don’t you? Without me, you couldn’t do anything at all.” - Kurama, Naruto

There are no shortages of Evoker-like creatures and threats within D&D—most notably Dragons themselves. This ground is well-trod, and as crowded as it is, I feel I cannot feasibly pick out a certain creature to feature in this article. We are going to talk about Naruto.

I’ll spare my readers an overview of such a famous anime, and instead launch right into what I want to use as inspiration from it. The power source for most ninja abilities in Naturo is known in-universe as Chakra. Similar to Mana or Chi in other settings, Chakra is derived in living beings through inborn talent, training, surgery, and special regimens. By molding chakra through will, hand seals and written scrolls, the ninja of Naruto are able to perform a dizzying number of techniques from exhaling gouts of flame and making shadow clones of themselves, to stealing the hearts of others to extend their lives. Ninja have not only a finite amount of chakra reserves, but a natural maximum as well. Dipping below a certain amount of internal chakra, or absorbing more than one’s maximum results in the death of the unfortunate ninja. 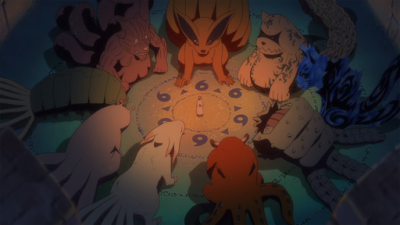 The eponymous Naruto, as well as a few similarly bonded individuals, are not subject to many of these normally unbreakable rules of chakra cultivation. As a child, Naruto was bonded to a being named Kurama, or The Nine-Tailed Fox, one of the kind of creatures known as Chakra Monsters or Tailed Beasts. The result of this joining of souls is known as a Junchuriki, and they exhibit extraordinary powers due to their essentially limitless reserves of chakra. 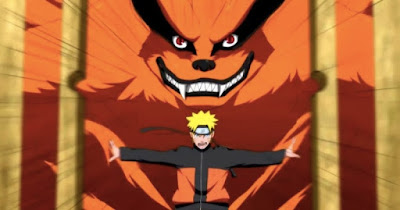 The particular manifestations of their powers differ depending on which tailed beast the human has had sealed within them. In the case of Gaara, bonded with Shukaku, this allows him to control and animate sand in a myriad of offensive and defensive ways. For Naruto, his bond with Kurama gives him access to not only the massive reservoirs of chakra needed to summon massed shadow clones (an impossible feat for most), but also to heal near-instantaneously from most attacks. All of these wondrous powers come at a cost; the beasts hate humanity (at least at first) and attempt to wrest control away from their bonded humans, going on nearly unstoppable rampages in the process. This tendency for Junchuriki to go berserk often leaves them isolated, or otherwise held at arms length by their fellows. As powerful as they are, they lead lives of sorrow and loneliness. Their potency and value as defenders of their villages comes at the cost of their own happiness. 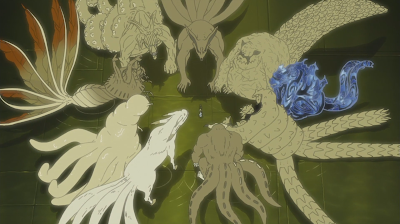 It is easy to see where this is leading, at least with regards to our purposes. D&D is rife with places seething with arcane power. Sites of primal energies such as volcanoes or ancient megaliths, never-ending storms or forests so dense light never touches the ground—all could be potential sources for the apotheosis the Conduits seek to achieve. No matter its origin, this fount of power must be endless, or near enough to it. By making themselves one with it, they make themselves endless as well.

Mortals were not meant to hold magic within themselves in an unrefined form. Magic-Users must contain the energies they shape with their spells through rote memorization of certain motions and spoken words. By using these means to direct these powerful forces, mages protect themselves from being exposed to the consequences of their own spells. More than any other school of magic, evokers need this protection from their own magic to survive. While Abjurers are the masters of securing themselves against the effects of others, evokers must learn to compel arcane forces to a finer degree than any other sort of mage.

A prospective Gateway extends this necessary capability of their school to its logical conclusion, and begin to connect themselves to the very places they are directing these energies from. Seeking out a place with the proper resonance to their soul, known as a Demense, they forge a bond with it in a ritual known as Swallowing the Sun. The exact process can take myriad forms; spilling one’s own hearts blood on the ground and tracing a personal sigil; tracking down and murdering the spirit of the land; bargaining away a portion of their memories to a primeval beast.

No matter how Conduits accomplish it, the process is never perfect. Though they are undoubtedly master evokers if they survive, their bodies and souls still warp and crack like over fired vessels. The bond forged goes both ways. As the Gateway is empowered, so in turn is their demense. If their place of power is marred, they falter in potency as well. This synchronization causes them to regard their demense as more than simply a place to serve as an unending font of power, but as a piece of their own souls. The rewards are well worth the effort spent seeking them. Immortality, the ability to regenerate from all but the most grievous of wounds, immunity to their chosen element, and a reservoir of arcane energy which allows to almost effortlessly cast even the most destructive spells. 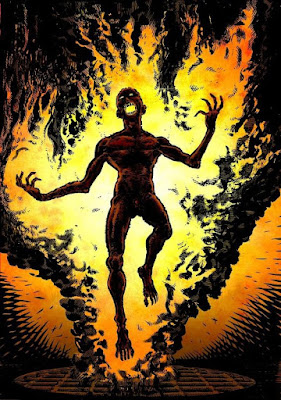 It would be tempting to think of Conduits as the most benign of all the seekers of immortality. They usually do not harm anyone in attainment their abilities, nor do they need to do so to continue their own existence. Once they are linked to their demense, they rarely stray far from it. Able to subsist forever by simply sitting near their land, they have little reason to leave other than companionship or boredom. Gateways often begin to see themselves as literal extensions of their land, and as the living mind of the place. Growing distant from the mortal concerns which once defined their existence, they lose connection with what drove them to seek immortality in the first place.

This isolation, coupled with the steady decay of their still very mortal friends and families, eventually leaves them alone for years at a time. Nearby communities typically treat the Conduit similarly to lesser Channelers, but keep them at arm’s length. Many locals come to see them as guardians or wise but dangerous saints. The awe they are held in only serves to accelerate their identification with their demense. Some find madness or solace, while most lose themselves to the rhythms of the place they’ve bonded themselves to, becoming ragged hermits living in the middle of nowhere. Interlopers foolish enough to threaten their demense are dealt with mercilessly, as their guardian grows ever more entitled to and dependent on it. Forays into the world of mortals are marked with over-eager interest, mixed with occasional threats and explosive confrontations. Having lost touch with the concerns of others Conduits must fake their way through many interactions.

For their part, other evokers sometimes visit them, hoping to find the keys to swallowing the sun. These seekers are inevitably disappointed when they are told every instance of the ritual is unique. They must seek their own demense.

Conduits are of course immortal. Further, they have resistance against all spells of the evocation school, and immunity to a specific element the referee feels is appropriate to their demense.

Far from being a singular path to immortality, Swallowing the Sun is the apex of the art of evocation, which few are able or willing to reach. To see what this path looked like for an individual Conduit, roll 3d8 on the table below.

Gateways gain access to an alternate source of spellcasting known as Mana. Only usable for evocation spells, Mana courses through Conduits and allows them to cast without memorizing spells cast with it or consuming spell slots. Conduits have a pool of Mana equal to their HD x 12. The cost in Mana for spells is provided below.

The Conduit’s proximity to their demense governs the speed at which they recover hit points as well as Mana. For obvious reasons most Gateways stay close to their demenses.