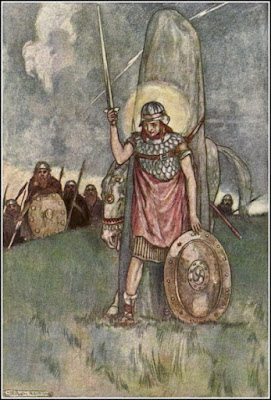 Death and dying happens in old-school D&D, a lot. In the three articles preceding this one, I laid out some rules for playing a PC returned to a half-life, playing in the afterlife, raising the dead, and replacing dead characters. This installment is going to go over an oft-discussed aspect of D&D’s combat system: Dying. On the surface this seems like a fairly simple topic, when a PC/NPC/Foe is reduced to 0 HP, they die. Dungeons and Dragons is undoubtedly more on the simulationist side of table-top role-playing. Hit points are at best an abstraction meant to give us a sort of heroic tone to the game, rather than having a single stab to the gut putting a character down for weeks. This does however come at the cost of a sort of critical existence failure, where a character can seemingly fight on as an automaton, undeterred by injury and just as able until they collapse and die. 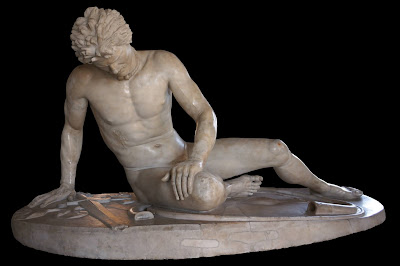 There are various means to subvert this in systems both within and without D&D—wound penalties, massive damage, death saves—all of which attempt to address some of the inherent issues underlying the HP system. All of these are effective in their own ways, but unfortunately some of them bog down or otherwise slow the flow of combat—which already tends to have some issues. Instead of interacting directly with the HP system (which I’ve already covered in another article) we are going to look at what happens when a PC is already doomed, and death is inevitable.

Sometimes you just have to go out with a bang. Horatius Cocles did it, Sturm Brightblade did it, Gray Fox did it, Cu Chulainn did it. Fiction and real life are rife with examples of people who lay down their lives in pursuit of a greater goal, or just an awesome way.

When a PC is stated to have died by the Referee, the player may request a Moment of Glory. This should be thematically appropriate; it is difficult to have a Moment if the PC has fallen off a cliff, or been disintegrated. Moments of Glory are an enhanced state where the character is empowered beyond their normal abilities. The player of the soon to be deceased is allowed to select one of the options below for their last moments. The GM remains the final arbiter. Any and all conditions such as fear, holding, charm, or paralysis are removed. A Moment of Glory last a number of rounds equal to the character’s ½ of their Constitution score, minimum 3. The PC cannot die during their Moment, but they may still suffer from the effects of spells (other than damage), though they gain advantage to all of their saves. A PC who accepts a Moment of Glory cannot be resurrected by any means short of a Wish spell.

In lieu of dying, the PC may alternatively ask the Referee for a Bargain. The PC is removed from the combat, and instead accepts a terrible consequence of the GM’s choice from the list below. Not all of the effects of a bargain are permanent, some of which can be remedied by high-level clerical magic. Referees are encouraged to make access to means of curing the consequences of a Bargain particularly difficult.