Things to do in D&D After You're Dead Part II - Hey, Remember the New Guy? 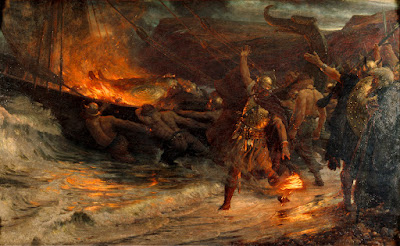 Sometimes you just die in D&D. It could be that the player was reckless, it could be that they had a run of terrible luck. It could even be a logical end to their story, agreed to by the Referee and the player. While my first article in this series was about the afterlife, this one is about what happens when a player simply decides to re-roll. Whatever the source of the character's death, guidance on this topic has always been somewhat awkward and lacking. The prevailing view for much of the OSR community is to simply start characters over again from the beginning. I personally think this a bit too punitive; but i'm also unwilling to simply allow a player to start over at their previous XP total. Instead, I've come up with three methods to assist new PCs in what may very well be higher level campaigns. All of these subsystems can be used with one another without a great deal of conflict. 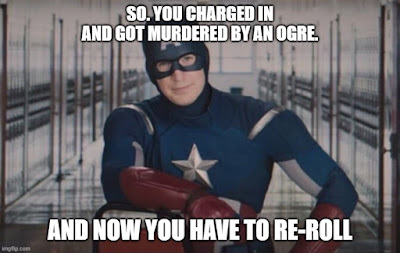 While most people don't need much of an excuse to party, even in character, Funerals are a great excuse to have a bender. They're also a great way to justify Experience towards the new PC of the player whose character the funeral is in honor of. The system here is simple, for each SP (or GP, if that's the basis for your setting's economy) that is spent on the festivities and mourning, the new character gains that same amount of XP.

Thus, if 2,589 SP were spent on Grobthar the Fighter's funeral, Yurt the Accursed would start off with 2,589 XP, and would be level 2. 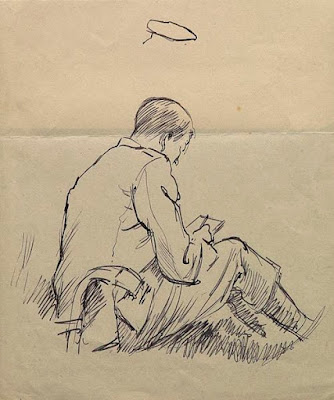 An easy way to allow PCs to prepare for the worst, writing of their experiences back home to their friends, relatives or colleagues allows players to bank some of the experience that they gain for use with a future character. This is particularly convenient because it allows you to avoid the incredulous situation of a long-lost relative of the slain character showing up out of the blue, since they would have been already foreshadowed. The system here is again quite simple. Once per outing or particularly large story beat (Referee's discretion) a player may choose to send a record of their experiences to another character that has already been rolled; they can commit up to 50% of the experience that they most recently gained towards that new character.

For example, Yurt the Accursed has recently gone delving into the Tomb of the Serpent Kings, netting themselves a cool 1,242 XP in the process. Yurt writes a missive to the woodswitch of his village, Ruki. Yurt could send Ruki a maximum of 621 experience. 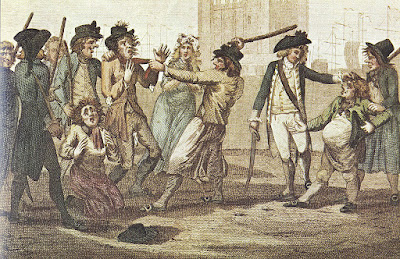 Adventuring groups can often take on a character of their very own. Continuity, values and norms can be maintained long after their original champions are long since dead or retired. How are these standards (or lack thereof) maintained? Why, an interview process, of course. Through an exhaustive search (and use of their downtime) the players whose character are still alive can provide a bonus to the slain PC's player. For each week of downtime spent interviewing searching and auditioning potential candidates, they can provide the new PC with a 10% bonus to their potential XP total, whatever that may be. A group can only spend a maximum of three weeks on this task (for a maximum bonus of 30%) since there are only so many potential candidates in a given area.