Hey, what's with this weird book?

Ancient tomes, codices, scrolls & tablets filled with lore ranging from the mundane to the obscure, seemingly as likely to elucidate as they are to blast one's mind into tatters. They lay in forgotten sepulchers, scrawled upon the walls of oubliettes, crammed into the shelves of mad wizards or held within the holds of temples by wary folk dedicated to safeguarding them. They are coveted by seekers of arcane knowledge, those who wish to protect the world from THAT WHICH IT WAS NOT MEANT TO KNOW, and fools who seek to unleash what lies within for their own ends. People will kill to defend or to steal them with equal ferocity, sometimes without even truly understanding what they're struggling so mightily to possess. 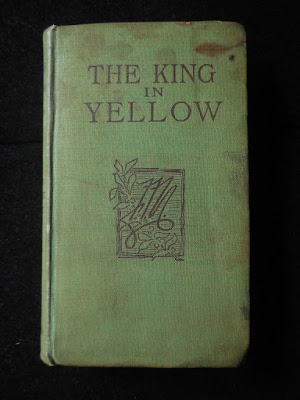 These books can range hugely in how important they are to a campaign, from being something that the players must be forced to find and then consult to defeat an enemy, to be safeguarded or destroyed to keep it from rivals, pay back a debt, or to simply steal to plunder for arcane knowledge or to make a ridiculous sum of money. It is important to recall how rare books before the modern era were, with a single volume being the result of years of effort on the part of the author who penned it, or the scribe who would later have to re-copy it.

To use this table, roll 5d8 and then resolve any relevant 1d4 rolls may be attached to that result 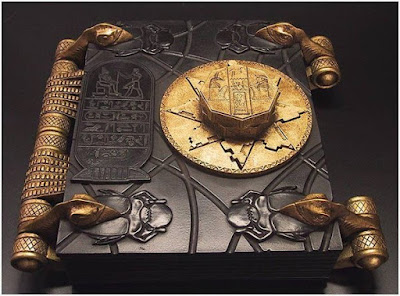