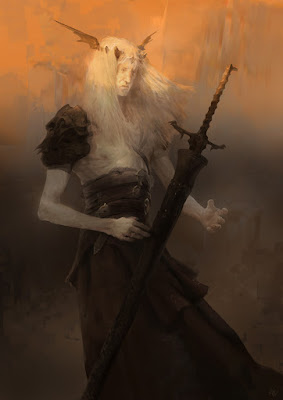 "There are other forces at work in this world, Frodo, besides the will of evil. Bilbo was meant to find the ring, you were also meant to have it...and that is an encouraging thought." - Gandalf, The Fellowship of the Ring

Some heroes do not gain the title through bravery, skill, or cunning. These (un)lucky few have found that their destinies intertwined with a Relic of grand and terrible power. Magic rings which grant limitless arcane potential; lamps which can summon and bind Jinn; peerless blades with soul-stealing spirits lurking within them. Both blessed and accursed, those who come to possess these items find themselves pulled into dramatic events beyond their control. Until the artifact's destiny is achieved, these Bearers, otherwise known as Keepers, cannot part with their Relic.

In spite of their nature as fate's chewtoys, Bearers never lack for companions. Circumstances conspire to draw others to them, and the relic in their possession allows them audiences and favors far beyond their often humble beginnings. Keepers bring no shortage of strange powers and dangerous risks to their companions, and while it is not uncommon for destiny to be a partner to tragedy, they often become the heart of their fellowship. Regardless of what their future holds, Keepers seem to inevitably find themselves at the center of world-shaking events. 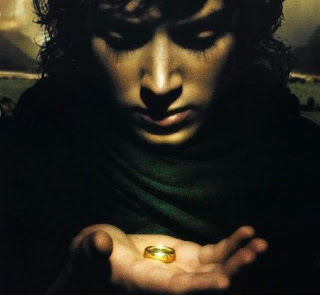 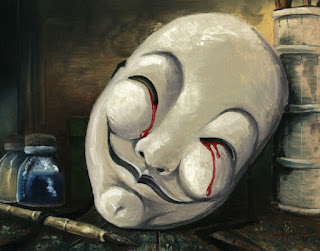 The defining feature of a Keeper is their Relic. This item is an object of uncanny power that has bound itself to the Bearer's soul. While bound to a soul, no one else may use it, even if they were to kill the owner and take it from them. A relic is useful for it's intended purpose, a sword can be used to deadly effect, and a lantern can be filled with oil and used to cast light. Relics register as magical items to aura sight or other sensory-enhancing effects.

Each Relic has three aspects to it; a Power, Blessing, and Curse. A relic's Power is generally something which either resembles a spell, and can be used a discrete number of times per day or per week. The relic's Blessing is in effect whenever the object is openly carried by the Keeper. Finally, the relic's Curse afflicts the character so long as their destiny is intertwined with the object's. A relic must be openly brandished or shown in order for a Keeper to gain the benefits of it's Power, but the Blessing and Curse are always in effect. 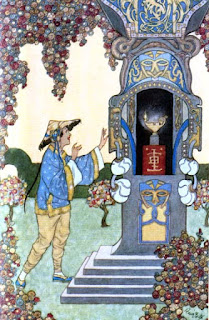 The only ability which Bearers possess beyond those of their relic is that of their uncanny capacity to enlist aid from others to aid them on their quests. Known as Beseech, this ability may only be used a number of times per week as indicated upon the Bearer's class table above.

In essence, Beseech may be used to convince someone to aid the Keeper in some tangible, material sense. This can take many forms, but as a general rule it should be something that an individual NPC could provide without necessarily plunging themselves into poverty or trouble. This can range from asking for a set of horses without cost at a livery, to three hairs from the elf queen's head. Especially costly or otherwise wide-ranging requests may be denied, but the Bearer is still entitled to help in some meaningful sense.