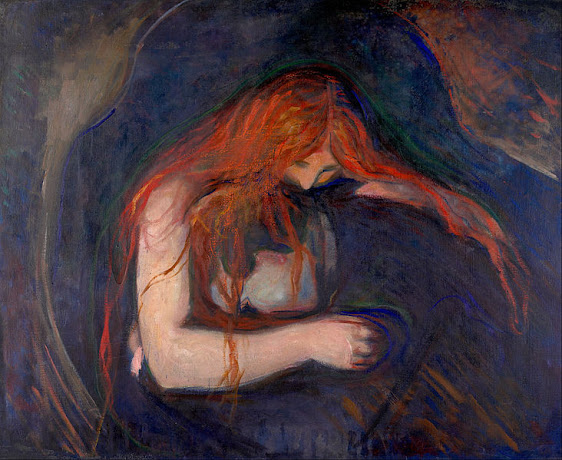 Hunger is ever present. To consume is to survive. Animals kill other animals, sometimes brutally; a river of blood with a bed of bones sustains civilization. Everyone does their best to harden themselves or forget the suffering their very existence inflicts on other living things. But what if the target of one's hunger was something too terrible to countenance?

Devourers are beings who have been saddled with such a terrible burden; every one of them is anthropophagic, whether that be a hunger for human flesh, blood, or carrion, they must consume the bodies of other sapient beings to nourish themselves. Any ethical standards typically vanish in the face of such odious appetites.

Often called Ghouls, Vampires, or Wendigo; devourers are are no longer among the truly living, but others simply have been saddled against their wills with awful appetites. Many have been cursed in some way, or infected with some terrifying disease. Nearly all devourers find themselves at the absolute brink of any society, civilized or savage. Most try to hide what they are, leading double lives as seemingly average members of a community, eating only when they absolutely must. Others hold no such pretenses, becoming predators in the wilderness, feasting upon unwary travelers.

Their need for flesh alienates them to almost everyone, but their frightening comestible requirements can often be ignored (at least temporarily) by the desperate and the unscrupulous, willing to take advantage of the devourer's frightening abilities while doing their utmost to forget the terrible costs. When the prey grows slim, and their new companion begins to starve, many of them do not live to regret their mistake. 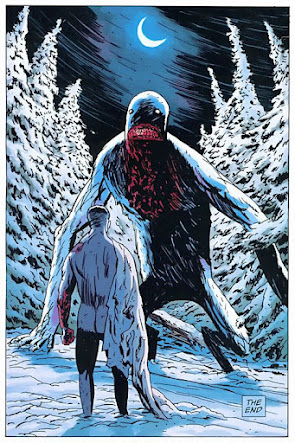 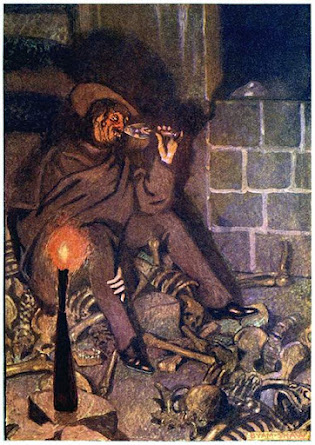 Devourers can see in the dark as Dwarves or Elves. Shackled with the need to consume others, Devourers do not age or have any other dietary needs, and increase their unarmed damage from a d2 to a d4, representing the vicious claws or teeth that they need to eat their victims.

Devourers have two mechanics unique to their class; their Hunger Gauge, which measures how much noursihment they've consumed, and their Consumptions, which are the abilities fueled spending Hunger Levels.

The Hunger Gauge has six levels: Starving, Ravenous, Hungry, Peckish, Sated and Gorged. Each hunger level gives the Devourer a different set of effects as detailed in the table below. Devourers start play at Sated. Each day a Devourer must make a hunger save, if they fail they drop down an additional level, (i.e. from Hungry to Ravenous). When the Devourer hits Starving and they fail their hunger save, they take damage equal to their character level instead of dropping down another level. Devourers then make this save every subsequent day until they've managed to feed. Hunger levels can only be restored by feeding upon self-aware, intelligent creatures.

Devourers choose at character creation whether they wish to feed on flesh or blood. This choice cannot be altered once made, and they can gain nourishment only from the one they chose.

Feeding upon flesh results in the death of the creature being fed upon, the wounds are simply too dire for a victim to feasibly survive. Dead flesh provides sustenance at half the rate that fresh meat does. Feeding on blood results in a cumulative -2 Constitution penalty for the victim, which does not heal until they've recuperated in a safe area for at least a day.

The Referee may rule that certain creatures are large or small enough they may provide more or less hunger levels than normal. 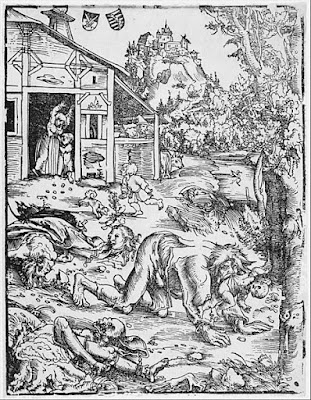 Hey there folks! This is a re-do of the first classes I ever made for this blog. I've had the chance to see this class in action in a few of my own games, and I made some changes in light of those experiences. I've also cleaned up the formatting, and made a few other improvements. I'm hoping to choose a set of my best classes and then redoing them like this one in hopes of throwing them up onto my Itch page.